Kanye West has officially announced the release date for his ninth album, titled Jesus Is King.

According to a photo posted on his website, the project previously known as Yandhi will drop Sept. 27 and feature 12 songs. 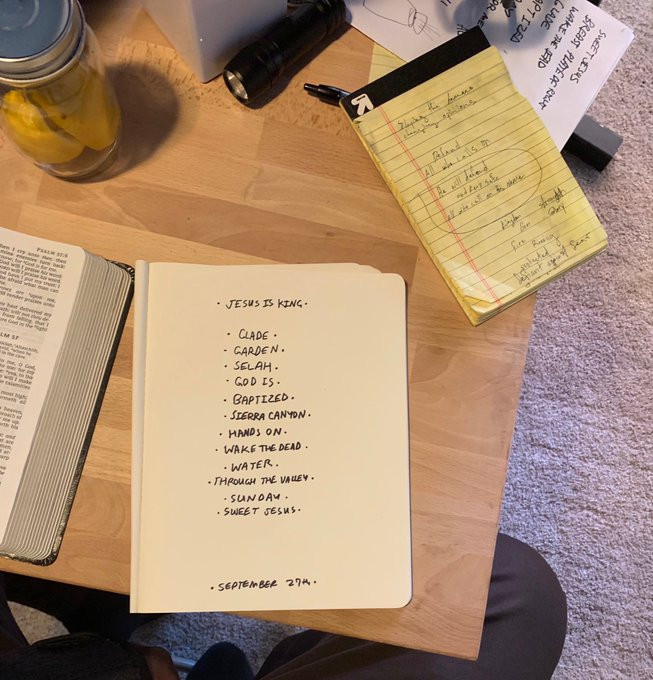 The photo of a notebook page with handwritten 12 tracks and song titles like “God Is,” “Baptized,” “Sunday” and “Sweet Jesus.” was previously shared by his wife, Kim Kardashian.

He also mentioned the new album during his most recent Sunday Service performance.