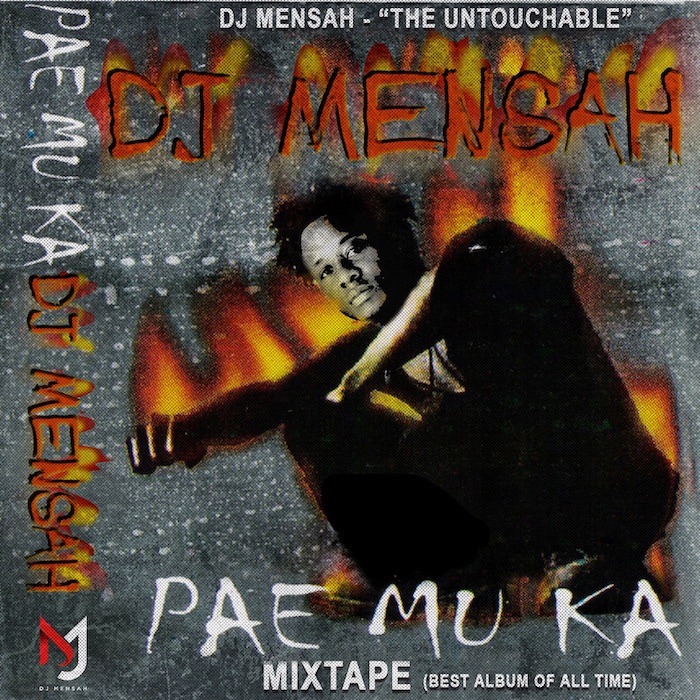 Pae Mu Ka’ by Obrafour was released in 1999 and produced by Hammer of The Last Two. The album featured songs like ‘Kwame Nkrumah’, ‘Yaanom’ ‘Pae Mu Ka’, ‘Kokonsa’ amongst others. This year marks two decades since the release of this generally acclaimed album which many including Yvonne Nelson have called for its celebration.

One of Obrafuor’s avid fans and astute member in the industry, the Untouchable Dj Mensah celebrates him in a special way, with a compilation of the Pae Mu Ka album.

Coincidentally this year also marks two decades of Dj Mensah in the industry.

He started Djing in 1999 as a passion and decided to take it up as a career when he started being paid as a DJ.He also became the in-house DJ at Aphrodisiac Nite Club, played on others stages such as Stars of The Future, Agro among others.

He founded his non-governmental organization, DJ Mensah Foundation, and officially launched it in January 2018 with a charity event which provided free health screening and motivational talks to the juvenile inmates at the Senior Correctional Centre (formerly known as Borstal Home).

He is currently a Managing Partner at Akwaaba Group Company, a multinational company whose focus is on providing premium hospitality services through events promotions and media publications.
The appearance of The Untouchable DJ at events is a signal that BET winner Sarkodie is coming on stage and this obviously is an enviable position he occupies.